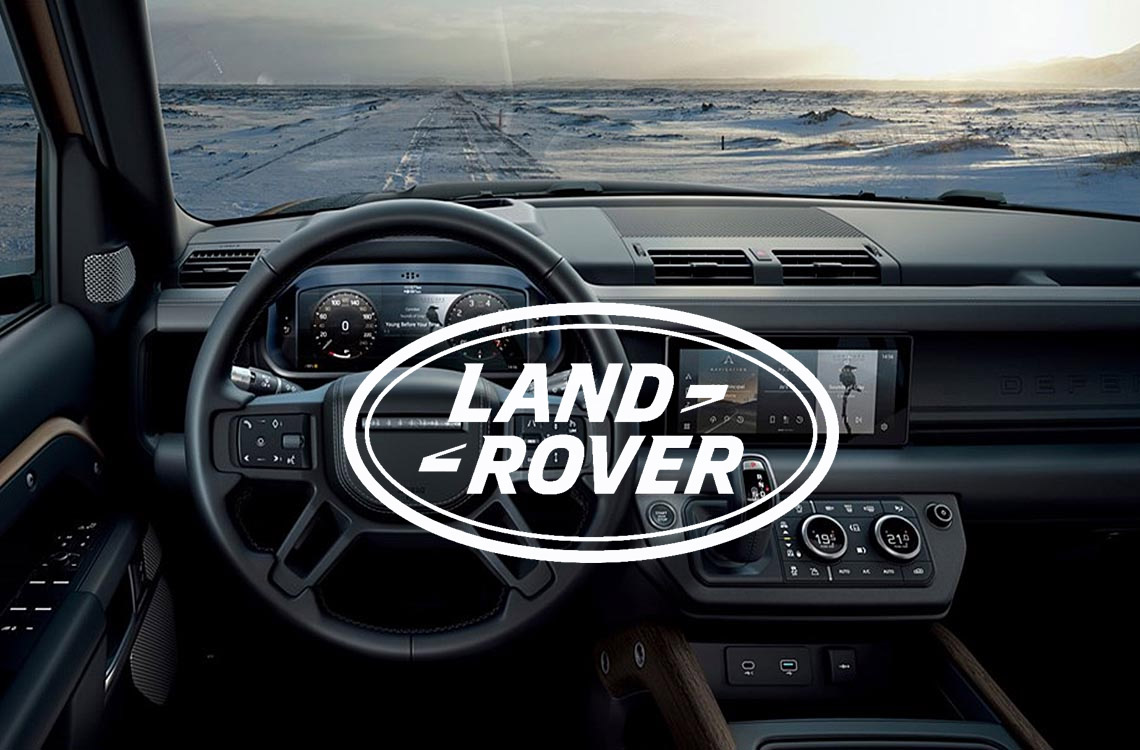 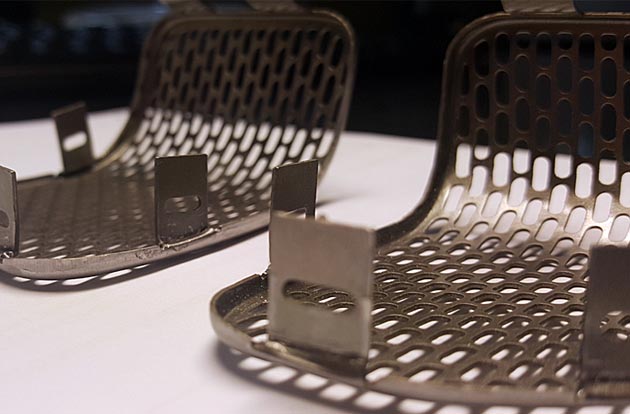 We are proud of our proven track record developing custom automotive pressings and components for British car manufacturer jaguar land rover. Over the last ten years, JLR’s new models have evolved, evoked and forged their own path towards embodying next generation car design.
The bold new defender model was officially debuted in 2019. Boasting an all-wheel drive experience, the exterior cuts the recognisable shape of a smart off-road ‘machine’ with huge advancements in technology contributing to efficient air suspension and terrain response. The interior layout needed to embrace the utilitarian roots of the defender, meaning much consideration was given to the form and function of automotive pressings in this setting.

During the design and development process for the interior features for this model, it quickly became evident that the position and shape of these custom automotive pressings would need to be modified beyond the original design intent to ensure an aesthetically pleasing and equally durable fit in the context of the overall interior.

Special focus was given to the unique ‘Mirror Cheater’ speaker grille design within the front driver and passenger door trims. Typically, perforated automotive pressings of this nature would be manufactured using all a technique known in the industry as ‘all across perforating’ which is a cost-effective process that ensures perforations extend to the edge of the pressing, facilitating maximum sound transmission for audio applications.

However, for the latest Defender model, Ash & Lacy’s automotive team worked closely with JLR designers to study the potential benefit of photo etching techniques, which allowed the incorporation of a solid edge border to add rigidity and control the integrity of the perforated pattern during the raising and forming stages of manufacture. As part of the initial investigation, 18 individual prototype blanks were produced to test several model variants, allowing the design and production teams to study the effects of differing hole positions and border thicknesses, as well as other variables. Fitment tabs for the bespoke automotive pressings, which are typically solid, were found to require added perforations to accommodate an easier assembly process within the door casing, as well as preventing potential distortion when securing in place. The result is a fit and finish that strikes a perfect balance between luxury and utility – somewhat like the Defender itself.


McLarenJaguar X260 X761 – Metal Photo Etching
We use cookies on our website to give you the most relevant experience by remembering your preferences and repeat visits. By clicking “Accept”, you consent to the use of ALL the cookies. However you may visit Cookie Settings to provide a controlled consent.
Cookie settingsACCEPT
Manage consent

Performance cookies are used to understand and analyze the key performance indexes of the website which helps in delivering a better user experience for the visitors.

Analytical cookies are used to understand how visitors interact with the website. These cookies help provide information on metrics the number of visitors, bounce rate, traffic source, etc.

Advertisement cookies are used to provide visitors with relevant ads and marketing campaigns. These cookies track visitors across websites and collect information to provide customized ads.

Other uncategorized cookies are those that are being analyzed and have not been classified into a category as yet.